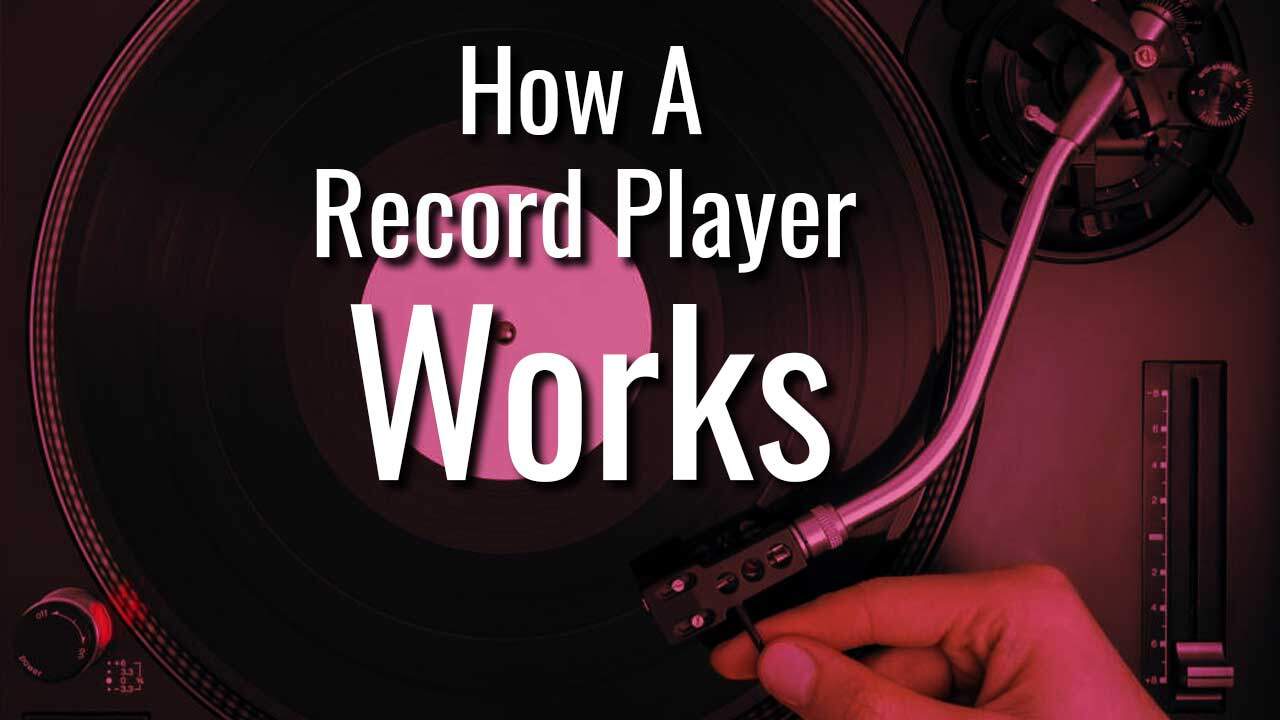 Record players, also known as turntables, is perhaps some of the most popular technology that is still in rage today. Modern day CDs and MP3 players may still dominate the music scenario but there’s a unique charm about vinyl record players that make them so special.

It’s fascinating to see the needle glide across the groove of a record and play sounds that are richer and fuller. In this article we will look inside the technology that works behind the turntable to create soulful music.

The turntable is mainly made up of three components – the base, the platter and the arm.

The base or bottom of a turntable may be made of any type of material ranging from wood to plastic. It also comes in diverse shapes. The most important task of all is to make the entire system work. The base component of the record player includes the motor, either using a wheel system, direct drive or belt.

This helps to rotate the platter on which the disc or record is placed. The base is one place that gets creative finishes from the manufacturers. It may be a black lacquered ring or natural wood finish.

The platter is an extremely important part of the record player as this is the place where the records are placed. It is responsible for maintaining the speed and consistency of the vinyl records. Most high-end record players will include a platter made from heavy and expensive materials such as ultra-weighted aluminum.

The reason behind the richer and better sound quality of expensive players is the presence of a heavy platter. If the manufacturer uses a light platter in the making, it results in a rattling sound from the motor. So, if you want a record player that produces a steady and rich sound, make sure you choose the one with a heavy platter (preferably made of metal).

Most models will have a rubber mat on the top of the platter to protect the disc from getting scratches. They may also have an external platter covering to keep away dust from accumulating on the system.

The optimal speed at which most standard platters spin or rotate is 45 RPM, and that’s why some record players are also known as forty-fives.

The arm is the most sophisticated part of the record player and it needs to be handled with utmost care. The arm is attached separately from the base, away from the platter, to reduce the risk of vibration. The tonearm brings in all the power and life into a small package.

To start with, it must be easily moveable and flexible. At the same time, it should also be heavy and sturdy enough to not be disturbed by the motor at the base. The arm should not have any friction to avoid damaging or scratching the record. It should preferably remain at a steady angle to prevent any form of record damage.

You will find the cartridge at the place where the toning arm ends and this is the piece which creates all the magic. Even though the cartridge is small, a rectangular piece uses the electromagnetic induction to covert the grooves of a record into electronic sound waves.

The cartridge includes a removable stylus which is mainly made from shaved diamond (just a few micrometers thick) in soft plastic which comes in contact with the grooves. The cartridge may either be made from a moving coil system or a moving magnet.

When all the above components fall in line and play in harmony, you get the melodious sound that makes a music lover nostalgic. No wonder the turntable is an extremely interesting work of engineering and art combined together. Audiophiles swear by this technology which makes them feel alive.

Even though modern systems are lighter, portable and more advanced in technology, there’s something special about these record players that makes them so popular even today.

When you envision a romantic dance with the love of your life, you don’t think of an MP3 or CD player, but rather a vintage record player playing in the background to create that ‘perfect’ setting.

Looking to start enjoying vinyl records and need an answer to the question “How much...