Who makes the best bluetooth record player? Considering our digital landscape, it’s important to find a unit that lives up to your expectations. 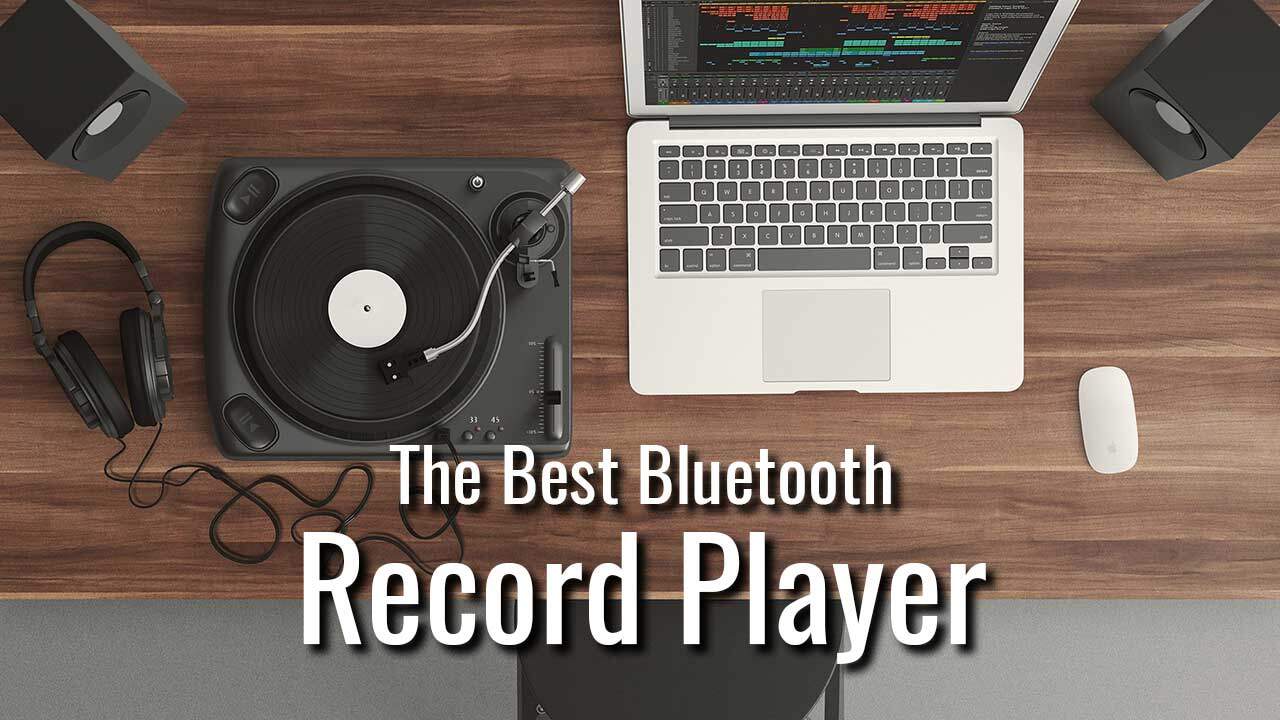 It’s interesting to see trends in society come back in full form. You see this with clothing all the time: Denim goes out of style and then it comes back in and the same with Converse shoes.

Sometimes the new generation becomes fixated on something from the past. This can be true when it comes to music.

The second Bluetooth record player up for review is the Audio Technica AT-LP60XBT-BK Fully Automatic Bluetooth Record Player. This is the most expensive one on the list, but made by a great brand.

The Audio Technica AT-LP60XBT-BK Bluetooth Record Player comes in either black, grey, or silver, depending on which you prefer. There are only two speeds on this product 33 1/3 and 45 RPM. It is Bluetooth enabled and can wirelessly hook up to both smartphones and speakers.

The first best Bluetooth record player that we are going to take a look at is the 1byone Belt Driven Bluetooth Record Player. This is a competitively priced product with a lot of features.

The 1byone Belt Driven Bluetooth Record Player comes in either a black or a natural wood finish that makes it look high end. You can choose between 33 RPM 45 RPM or 78 RPM among the speed settings.

This has the great vinyl-to-MP3 recording technology, and also is compatible with any smart device around the house through Bluetooth.

The final Bluetooth record player up for review is the Victrola Nostalgic Classic Wood 6-in-1 Bluetooth Record Player. This is the most affordable option, so if you are looking for a cheaper price point take a look at this one.

The Victrola Nostalgic 6-in-1 Bluetooth Record Player comes in either black, mahogany, or rosewood. There are three speeds to choose from, 33 1/3, 45, 78 RPM, and can be used through Bluetooth to wirelessly play music. Works the best for Apple products.

What Do Victrola Nostalgic Customers Think? >>

Music grows with each generation and there are new sounds and music added every year. During this new generation, there has been the rise of rap and pop music, that is played on the radio all the time. But that has not stopped the rise of trendy music and the want to listen to music the way it was intended.

One of the biggest crazes in the past several years has been record players. Records seemed to have gone extinct, but once people started taking out their parents’ old players, they realized they sound amazing.

Nothing sounds quite like listening to music on great record players. It has a fuller, richer sound, that is of the highest quality.

It feels like it is the way it was originally intended to sound. This is why if you are looking to buy a record player, it is so important to find one that will work up to par.

Combined with today’s technology such Bluetooth connectivity, we have the best of both worlds.

One thing we always hear from people searching for a record player is, “There are just too many to choose from!” and that couldn’t be more true. There are so many options when it comes to record players it can be exhausting.

This can be an even bigger problem if you’ve never bought a record player before, and don’t really know where to look. This is why we’ve organized a helpful guide for you.

What makes a Bluetooth record player the best?

Before we get to the first best Bluetooth record players, we wanted to unveil what it was we were looking at in these products.

Yes, there are many record players that are distinct; there are some that can only play records, and others that even come with a CD drive. There are so many options, but we believe those with a Bluetooth option are the best on the market right now.

We love the combination of getting a product that complements the older style of music without forgetting about where music is right now.

We’re glued to our smart devices. Just because we get a record player, it doesn’t mean it should not be advanced as well.

Bluetooth record players are amazing in the sense that they can perfectly play vinyl records, and they can also play your music off of your smartphone.

Some of the best models can even record whatever is on vinyl, turn it into a MP3 and put it on your phone. This creates an amazing musical system to listen to all sorts of music.

When looking at Bluetooth record players, it is very important to find one that can hook up to any type of operating system, whether it is Android or iOS.

You also want to make sure it has a lot of versatility when it comes to playing records, because that is the primary reason you are buying one.

Make sure it can handle various RPM speeds, and that it can also hold various sizes of records. We feel that the more versatile the product is, the more you can do with it.

Bluetooth record players vary in price, so in order to narrow down your search we strongly recommend you determine your budget so you know the maximum you can spend.

All three of the products above are some of the best Bluetooth record players for the money you’ll find on the market. We certainly hope we’ve provided a little more insight to help you choose the model that best fits your needs.

But if we had to choose one as a standout, we’d have to go with the Audio Technica AT-LP60XBT-BK. Though it requires additional equipment to make it a fully functional system, the turntable itself is better quality.

In this Victrola vs Crosley shootout, both are well-known brands in the music industry. But...

What would be the best turntable under $500? With such a budget in mind, can...

With the turntable industry being highly competitive, what are the best portable turntables? And can...

What’s the the best all-in-one turntable for your given budget? With so many to choose...

Looking for the best record needles and phono cartridges to help make your vinyl sound...

How do you choose the best record player for a great listening experience, and stay...

In this matchup, we’ll compare Rega vs Pro-Ject. Although both are great turntable manufacturers, we’ll...