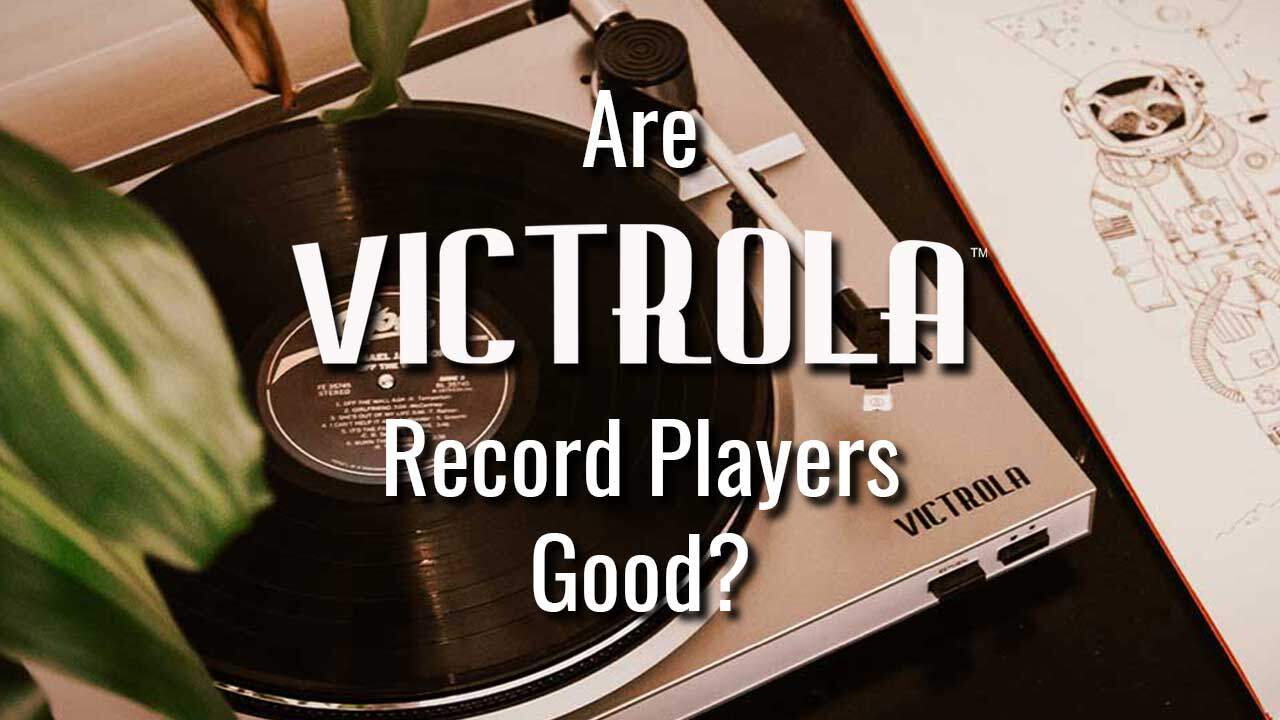 If you’re looking to get into vinyl and comparing your choices, it’s a common question: “Are Victrola Record Players Good?”

The modern age has certainly brought us a lot of technological advances, even in the realm of music. There was the dawn of the compact disc and CD players, and don’t forget the streaming and downloading of music online.

Many thought that these advancements also brought the end of the analog age with them. That vinyl records will say goodbye for good.

Fortunately for us music lovers, that wasn’t the case. There is a re-emergence for the love of analog, and we’re slowly going back to our roots. Vinyl tracks are now back on trend, and so are the record players that play them.

Of the many brands that manufacture record players, though, which one is the best? Are Victrola Record Players good? That’s what we are going to talk about today. We will take a closer look at this well-known brand and determine whether or not their record players are worth your money.

According to the company’s website, Victrola is one of the oldest names in the music industry as a manufacturer of audio appliances.

Having been founded in 1906, the brand has seen and survived a lot of changes in technology and collected decades of expertise under their belt.

They have also established a name as being a brand that uses high-quality materials, especially in their record players.

Yes, they are. Their record players are very competitive and are known to have a lot of features combined with great design. Aside from that, their units also have great overall sound quality that can be difficult to find amongst other brands with the same price range as them.

Speaking of which, they have a wide spectrum of various record players at different price ranges. They have entry-level pieces and higher-end ones, each made with the same Victrola guarantee. Don’t worry; we will look at their best products later on.

Different Features You Should Look for in a Record Player

For now, let’s learn about the different features that you should keep an eye out when looking for a quality record player.

This is the part that directs the cartridge and the stylus towards your record. Having a tonearm made of quality materials is a must, and getting automated features isn’t bad either. There are record players that have tonearms that automatically rise and return to position once the track ended.

This part holds the stylus that will read your track, so getting a good one is a must. Also, take note that you can always level-up your cartridge as long as your unit’s cartridge is replaceable.

Choose a record player with a heavier, thicker casing that seeks to reduce vibrations. These can compromise the sound quality and durability of your unit. Plus points if you can get a unit that comes with its own cover and has an awesome design.

Different vinyl records come in various sizes and require different speed settings. Some record players can only accommodate a specific size and speed setting, but it would be great if you can find a piece that can play all three common speeds at 33, 45, and 78 RPM.

Finally, it’s always nice to get a record player that has a lot of other functionalities, such as CD playing, audio converting and recording, and Bluetooth connectivity.

There are definitely other factors out there that can make or break a good record player, but the ones we listed above are the most basic foundations that any decent unit needs to have.

Now that we are more aware of the basic features of a record player, the question is, how do Victrola’s units measure up? Let’s take a quick look at Victrola’s best units. By the way, we will use the features we listed above as a guide on how to evaluate their units.

This piece has a retro fifties look and has a lot of interesting features. First of all, it has three-speed settings. It can also function as a CD player and a radio, not to mention that it has Bluetooth as well. It is affordably priced, mid-ranged to be precise, and is excellent for beginners.

Record players are not always portable because they are significantly heavier compared to turntables thanks to their added components and features. This is why this piece by Victrola is a pleasant surprise for those who need their record players on-the-go.

Like the previous unit, this also has three-speed settings and Bluetooth connectivity. It lacks the other features, true, but it’s still a great option for those looking for an affordable piece just to play vinyl records exclusively.

For those who don’t mind the added weight and less portability, but rather value the functionality of the unit instead, then you might want to take a look at the Navigator. As the name suggests, it has a lot of neat features.

It even has a cassette player that the other units above don’t have. It is elegantly designed in a mid-century look, and this is honestly one of our favorite Victrola units.

You might have noticed that we didn’t include any information about the cartridge and tonearm of any of the units. That’s because Victrola’s product pages are lacking in information. That’s certainly something they should improve on.

Are Victrola record players good? In terms of quality products, we have enjoyed testing out the units above, and we can confidently say that they are feature-packed record players with great sound quality and overall design.

We also like the fact that most of their models offer various style and color options that can match any music lover’s personality.

How about you, what’s your favorite Victrola record player?

If you are shopping for a new turntable, one of the most significant considerations will...

What is the best Crosley Record Player? With an incredibly diverse range of products to...

What are the best albums to have on vinyl? While artists, vibe, and genre all...